Marking an impassioned return to the campaign trail, former President Barack Obama made a plea Thursday night to Virginia voters to vote for Democratic candidates in the state’s first elections to be held since last year’s presidential contest.

Obama was stumping for Lt. Gov. Ralph Northam — the Democratic nominee for governor in the commonwealth

“We need you to take this seriously, because our democracy is at stake, and it’s at stake right here in Virginia,” Obama told a crowd of 7,500 people at the Richmond Coliseum. “You can’t sit this one out.”

Obama did not mention President Trump by name in his remarks, but numerous times offered broad critiques of the current state of American politics that were clearly an indictment of the current White House occupant.

“Folks don’t feel good right now about what they see. They don’t feel as if our public life reflects our best,” Obama said. “Instead of our politics reflecting our values, we’ve got politics infecting our communities.” 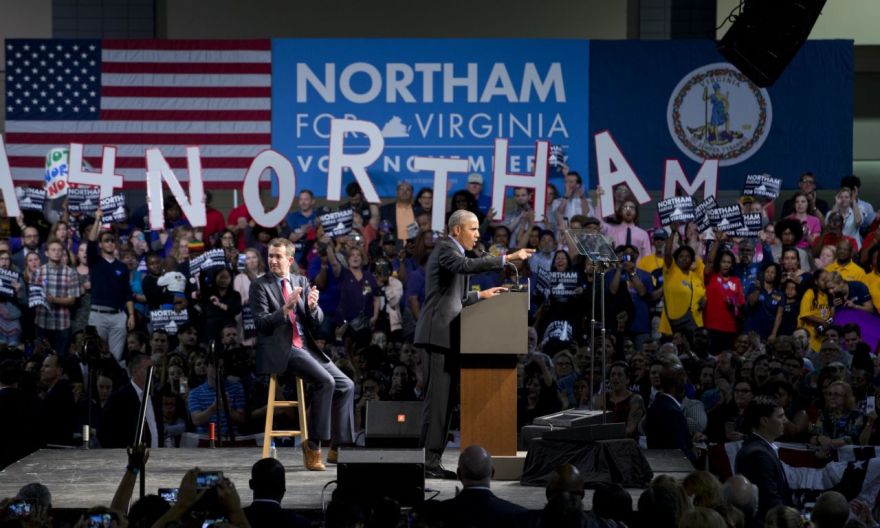