News has circulated regarding ESPN’s suspension of host Jemele Hill for criticizing Dallas Cowboys owner Jerry Jones on social media. She had said he “created a problem for his players, specifically the black ones. If they don’t kneel, some will see them as sellouts.” This morning, Trump weighed in with a tweet of his own: “With Jemele Hill at the mike, it is no wonder ESPN ratings have ‘tanked,’ in fact, tanked so badly it is the talk of the industry!”  The claims of ESPN’s ratings tanking are just not factually accurate.

ESPN had 90 million subscribers as of September 2016, the most recent numbers it has reported. That’s down 2 million from a year earlier and down from a high of 100 million in 2010. Which means there still millions and millions of homes continuing to pay to get ESPN. 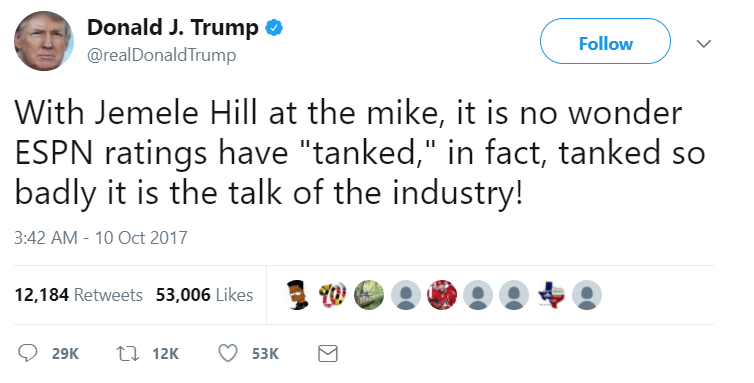